The Global Pandemic Is Shaping the Future of Buy Now, Pay Later 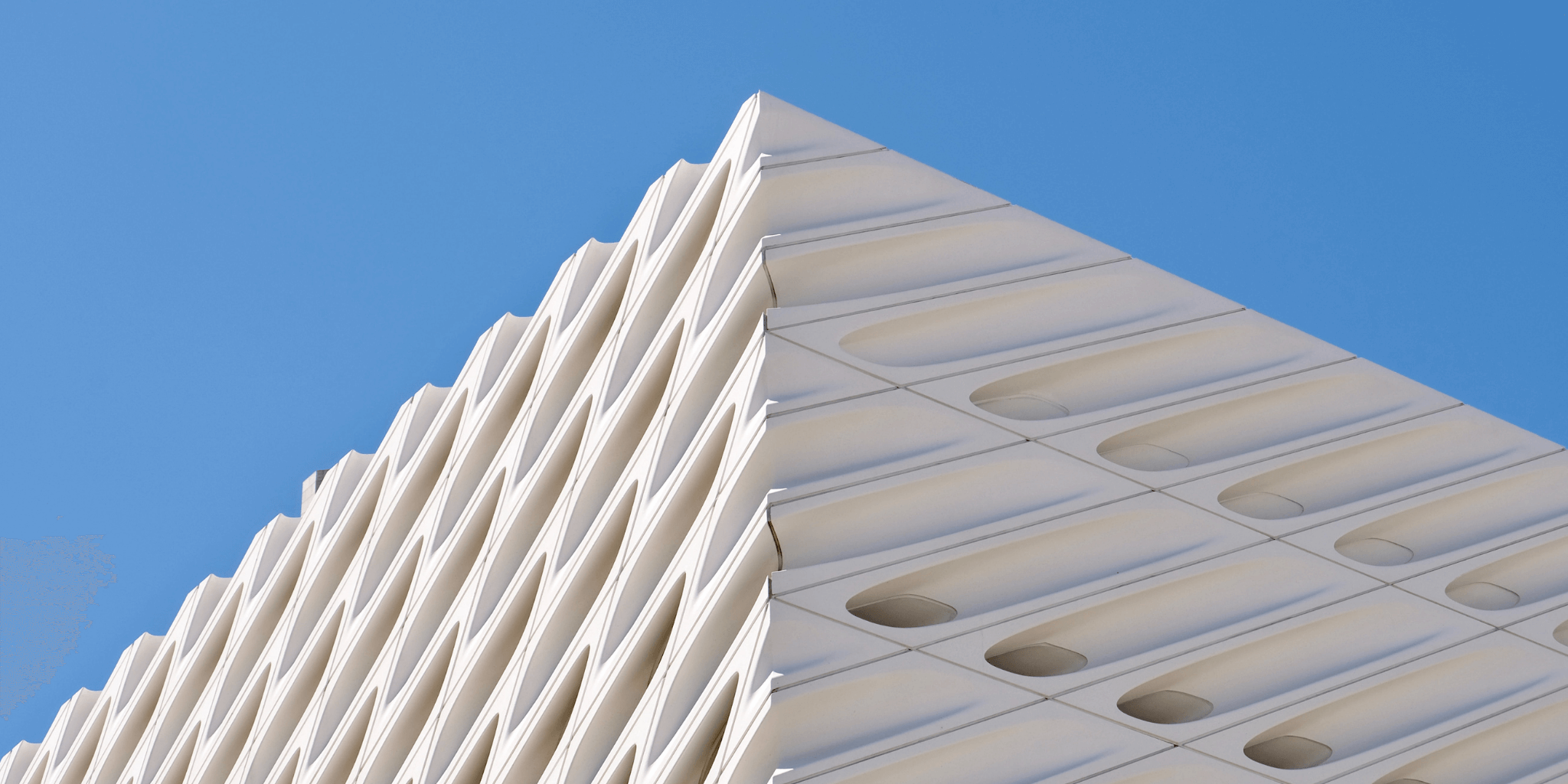 The rise of buy now, pay later (BNPL) financing has become nearly impossible to ignore in recent months. Consumer demands have caused merchants and financial institutions to offer a multitude of financing options at the point-of-sale.

News of large merchants entering partnerships with BNPL providers are now daily occurrences. Klarna, a BNPL provider, reported that it partners with a merchant every 8 minutes. This has created a new sense of urgency within the market as PayPal, Ally Lending, Visa, and Fiserv have all recently launched BNPL solutions.

These new developments reveal just how imperative it will be for merchants to embrace BNPL, why financial institutions should be evaluating their own BNPL strategies, and why BNPL is here to stay. 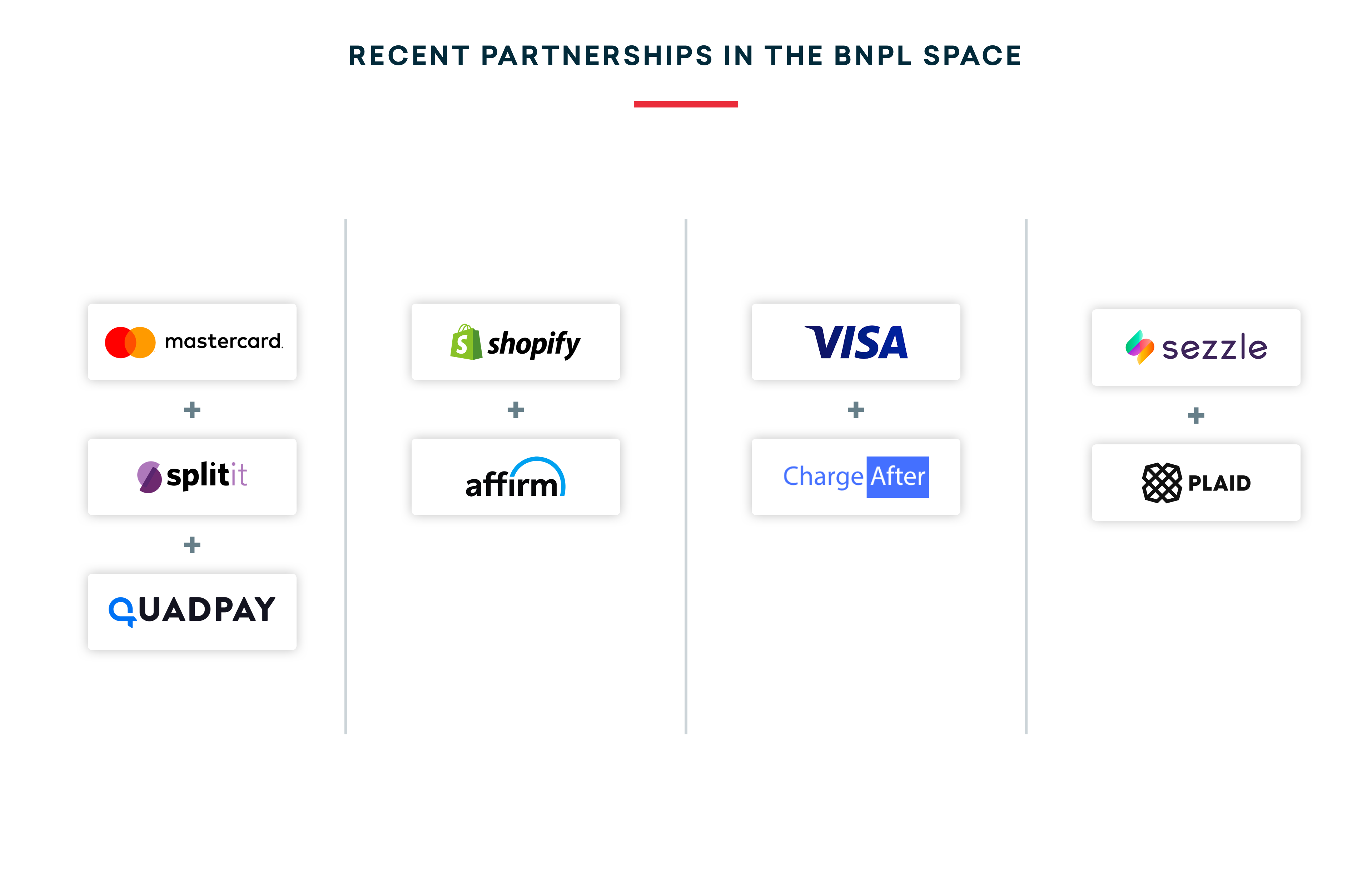 The BNPL space began taking shape in 2014 when Afterpay, an Australian BNPL provider, launched its BNPL solution and began paving the way for others in the space. Their success led to other providers, like the Swedish group Klarna, to see monumental success overseas. Klarna has established themselves as Europe’s highest-valued fintech company and one of Europe’s largest banks. In New Zealand & Australia alone, Afterpay has 3.3M active consumers. These providers have dominated the eastern markets and have now set their sights on North America.

The emergence of BNPL on U.S. shores has come as physical retailers continue to cede market share to online channels and COVID-19 accelerated shifts in consumer behavior.

Back in March when the U.S. began implementing COVID-19 measures that caused uncertainty in the market, there was a clear decline in demand for new credit cards. The Fed recently reported that the second quarter of 2020 saw a staggering $82 billion decline in credit card balances. One theory for this is that consumers are now swapping out revolving debt with more predictable installment products.

BNPL gives consumers the option to finance purchases in smaller amounts over time with more confidence in their ability to pay it off without the additional costly interest of a credit card. E-commerce in the U.S. is forecasted to grow to almost $1 trillion by 2023. This trend has only been accelerated by the COVID-19 pandemic with e-commerce penetration forecasted to jump to 27% of retail sales, up from just 16% a year ago.

Armed with these favorable tailwinds, international and domestic aspirants alike have turned their focus to the United States as the next frontier of growth. In back-to-back weeks, Klarna raised $650 million and Affirm raised $500 million.

Beginning in March, Affirm saw an increase of 9% of online checkouts from millennials and Gen Z shoppers. As more consumers have shifted to online shopping, merchants partnered with BNPL services have seen tremendous growth. For merchants the value proposition is quite clear; using market leaders Klarna and Affirm as a case study, merchants have consistently seen favorable outcomes.

After integrating with Klarna, merchants’ average order values (AOV) saw an increase of 45%, and merchants using Affirm saw an increase of 85%. As the fastest-growing online payment method globally, BNPL financing is predicted to continue to expand. The North American BNPL financing market is currently acquiring 1% of market share today, but has been projected to attain 3% of all e-commerce spending by 2023.

The demand for BNPL can be largely attributed to younger consumers. Generation Z and millennials are influenced by the availability of BNPL financing in regards to their purchasing decisions. In a study conducted by CMSC Medis, 71% of Gen Z consumers would have bought a more expensive item or bought more than they otherwise would have given the option of BNPL financing.

Millennials had the same results when presented with the option of BNPL. The appeal for card products among younger consumers has declined due to long, confusing terms and conditions. Bread’s consumer report concluded that 36% of customers prefer to use BNPL financing instead of a credit card for a $1000 purchase and 53% preferred BNPL for a $200 purchase. Also, it’s important to note that many of these younger consumers are greatly familiar with the 2008 financial crisis. They entered a shaky job market and prefer to have more control over their spending habits. The same effects that the 2008 crisis has had on consumers can be related to the current situation at hand.

The future of buy now, pay later for consumers

Consumers should be wary as new BNPL systems appear. The arms race mentality that will take over might lead to a negative user experience. Groups will be scrambling just to get their foot in the door without fully fleshing out their UI/UX. Financial institutions will incorporate BNPL whichever way they can in an attempt to not be left behind. This could culminate in a poor user experience for consumers. While the success of BNPL is clear, the future is one to be wary of. The increasingly impressive numbers and huge opportunities will entice both FinTechs and financial institutions to make sure they are not left behind.

The future of buy now, pay later for financial institutions

The success of BNPL means that banks and financial institutions need to strike while the iron is hot. As many others have already adapted BNPL functionalities, to skip out on including BNPL would leave an institution scrambling to play catch up in the very near future. It is important for these groups to take advantage of what is available to them now. From the consumer perspective, expect to see the BNPL space become extremely crowded. Currently, there is little brand loyalty and tons of new entrants vying for share. This leaves financial institutions uniquely positioned to leverage their brand loyalty to win the BNPL space, but they will need to move quickly.

To learn more about BNPL and how to find the right fit for your organization, read our recent post Buy-Now-Pay-Later Partnership Models: Which Is Right for Your Financial Institution?

The information in this post is provided for informational and advertising purposes only. Amount's service may vary for each customer. For more information, email us – media@amount.com.

Curated by our authors