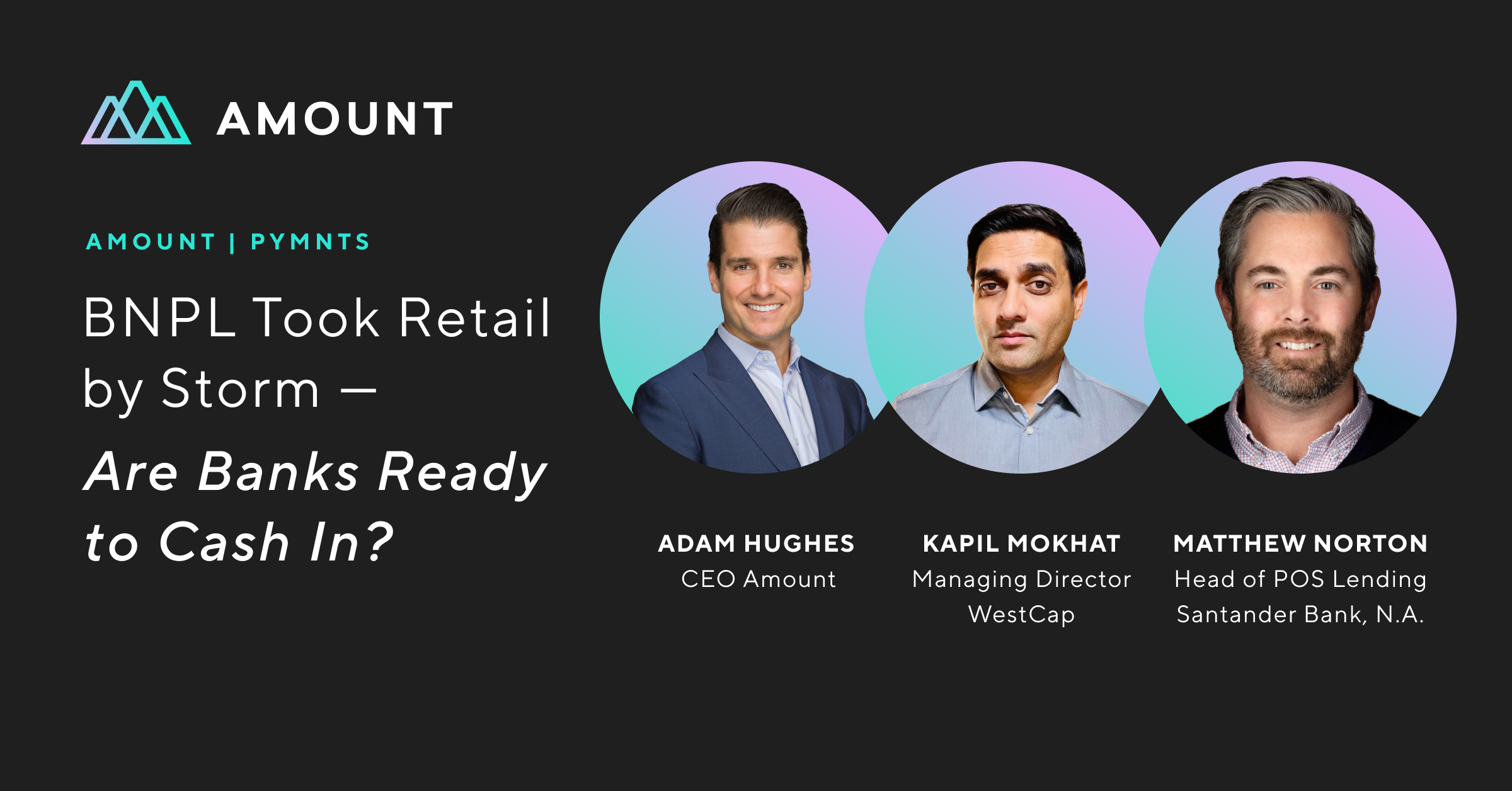 This is a reprint of a panel that originally appeared on PYMNTS.com on February 10, 2022.

Banks are getting ready to embrace buy now, pay later (BNPL) — likely in a major way.

The urgency is there, as more than 40% of consumers would prefer to use BNPL options from their banks instead of other companies. Yet, banks have been relatively late to the game.

In the past several years, a number of digital-only players have come to market, grown huge and been swallowed up in megadeals worth tens of billions of dollars. PayPal and Square stand out here, having bought companies like Afterpay and Paidy, intending to further build out their ecosystems.

“Banks have an opportunity to be a major solutions provider in this space,” said Norton, adding that “they’re also no stranger to credit products.”

By and large, he said, banks have been watching BNPL’s evolution with an eye on how they can add incremental value.

“The wait is over,” Norton said.

Taking a Cue From P2P

WestCap’s Mokhat said that what we see in BNPL might be akin to what we’ve seen in peer-to-peer (P2P) payments: Venmo came into the market as a pure-play and took it by storm, then banks launched Zelle about five years ago. Their pieces of the market have grown exponentially since then, and the pure-play and the bank-plays are both doing just fine.

In other words, according to Mokhat, the BNPL landscape will not boil down to FinTechs versus banks — the only real concern is serving the consumer well, and profitably.

As for meeting those expectations, banks may need a bit of help in enabling BNPL — and would do well to cast a wider net. Amount’s Hughes said BNPL offerings don’t just appeal to millennial and the Gen Z customers with lower incomes, and banks that focus only on those demographics are missing the bigger picture.

“There is strong interest in BNPL straight across the generations,” Hughes said. “Even in the $100K-plus earners’ segment. These are valuable areas where banks can maintain their best customers.”

PYMNTS data underscore the inroads BNPL is making: 50 million consumers say they have used BNPL options in the last 12 months. Almost two-thirds of BNPL users have increased their BNPL usage over the last year, and 52% of consumers have at least some interest in using BNPL in the next 12 months.

As to the strategic advantage: Trust in the credit provider is the most relevant factor when consumers choose short-term credit products. FIs and banks need to take this into account when pushing BNPL to new markets and investing in new offerings.

Along with decades of experience and deep-seated customer relationships, banks have an inherent advantage, panelists told Webster: troves of data that give them insight into approval rates, and even allow them to offer bigger loans than FinTechs.

Banks, of course, are everywhere and have the scale necessary (through merchant acceptance) to make BNPL ubiquitous. There’s also value in consolidating a customer’s financial statements — crafting a holistic view of checking, credit, savings and BNPL accounts.

Banks have an opportunity to educate their consumers about BNPL, said Hughes, and have the capital in place to extend loans well beyond the scope of the four-payments-in-eight-weeks plan. Norton said consumers are less familiar than they might be with providers and options at the point of sale, which opens the door for the banks.

“There’s a big opportunity to expand that arrangement to larger transaction sizes and longer terms to keep that monthly payment down, more flexible repayment schedules, higher approval rates,” Hughes said. “Banks, with their access to data, are in a much better position to do that.”

Hughes said that “having this product embedded within that digital experience needs to be seamless — or you won’t get the conversion. You’re going to see banks start to partner with the card networks.”

Of course, with a relatively new lending product, there are inherent risks. It’s well known that regulators are actively examining BNPL credit trends.

Mokhat said that the “the broader threats are around responsible lending.” Banks, he added, have advantages in underwriting, given decades of experience.

Hughes said that “budgeting during a time of inflation” will be a key concern for individuals and families, and BNPL’s predictability and transparency will continue to be attractive.

A Peaceful Coexistence, For a Bit

We’re headed toward what might be a peaceful coexistence as banks and FinTechs extend BNPL to end users. But, as WestCap’s Mokhat observed, consumers will ultimately choose the providers who can serve a broad range of needs.

The Klarnas of the world offer a wealth of services, Mokhat said, as do the banks. The market is certainly big enough, given the fact that the 50 million individuals who have tried BNPL still represent a fraction of the overall population.

As Hughes told the panel, “Banks have woken up to the reality that this asset is exploding, and it’s not going away.”