Banks Can Win at Buy Now, Pay Later If They Play to Their Strengths 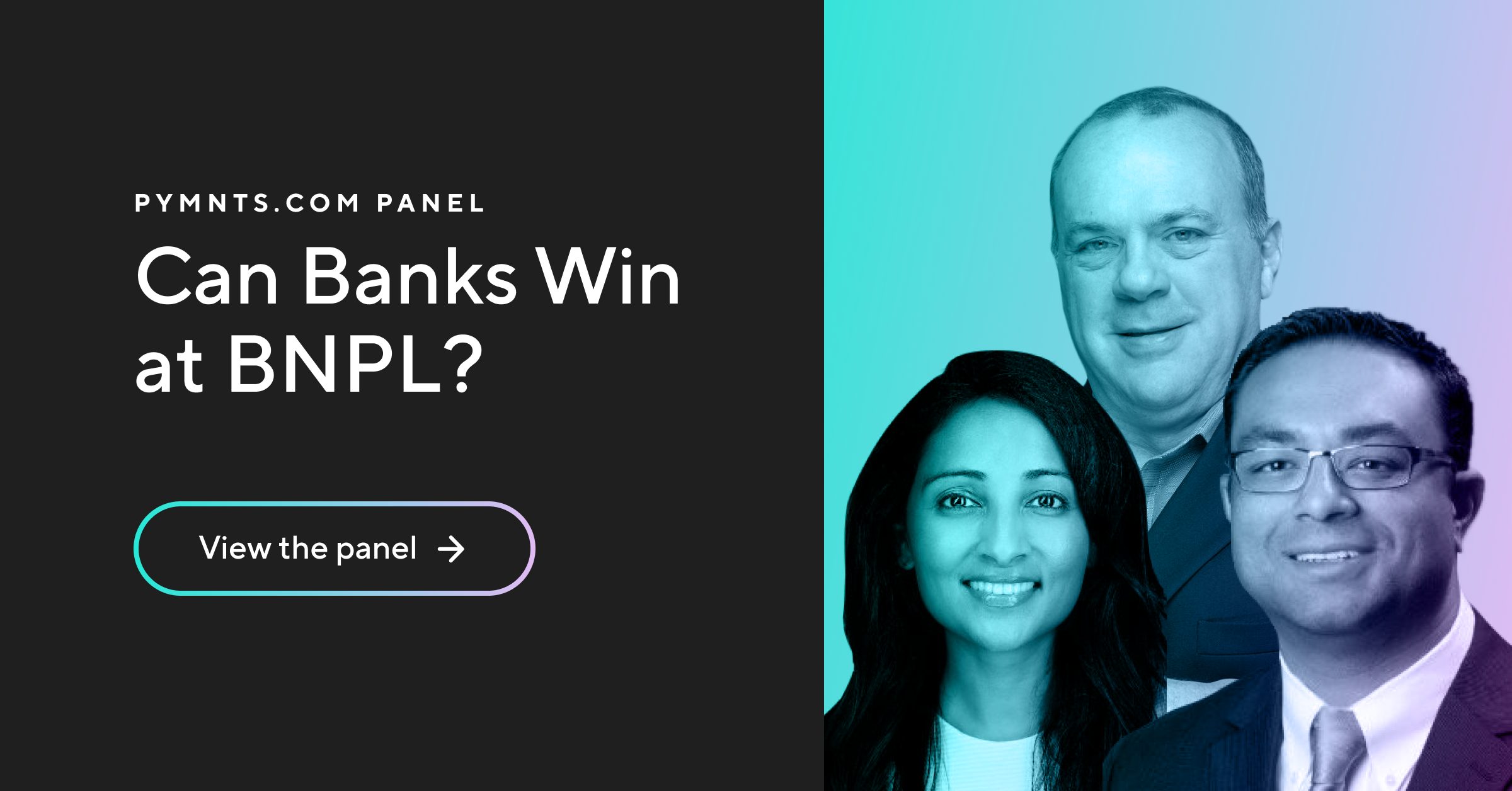 This is a reprint of a feature that originally ran on the PYMTS.com on December 17, 2021.

No disrespect to crypto, but few would disagree that buy now, pay later (BNPL) is the payments sensation of the pandemic era, with PYMNTS research finding that 50 million people used BNPL at least once in the past year. From consumer adoption to mergers to stock market debuts, BNPL seems to be a runaway hit.

With most of the installment payments action currently dominated by PayPal and a small group of pure-plays from Affirm to Zip, banks, with their core competency in lending, are curiously missing from this new credit mix.

From their respective corners, each executive sees banks stepping into BNPL soon, possibly in big ways, as installment credit is a natural fit for financial institutions (FIs) that have richer data about BNPL consumers at their disposal than any pure-play outfit can hope to access.

Citing Mastercard data that 83% of U.S. consumers want to see more merchant participation in BNPL programs generally, Aikat said, “A big portion of them like the experience of buy now, pay later — they like how it works, they like the ease of it, but they would love more of their traditional institutions where they bank or have a relationship with offer the same.”

“Most of the [BNPL] growth is coming from heavy debit users, and banks own those accounts,” Aikat added.

Watching from the sidelines until recently, banks are now showing greater interest in leveraging their position of trust and consumer insight to add installment loans. For instance, Mastercard Installments was launched in the third quarter of 2021, as the company underwent a similar realization about its own ability to create a BNPL offering for its own cardholders.

“The phone is ringing off the hook, to use that analogy, and I would say a lot of it is the banks in particular really trying to understand the marketplace,” Hamilton said.

Amount helps banks digitize operations, and Hamilton continued that when it comes to adding BNPL to their portfolios, “It’s about being a little bit technology savvy and digital ready to be able to meet consumer needs.”

Peters agreed, saying, “Banks have to wake up, have to find partners who can help them get there faster [and] overcome their legacy technology challenges so that they can serve this growing need, because if they don’t, they will get left behind in this. It’s no longer a question of whether they offer it, it’s how quickly they can offer it.”

Though they may be behind the curve on BNPL tech adoption, Hamilton said banks and FIs are ideally situated to add the service, given their advantageous capital costs, operational and risk management expertise combined with deeper insights into consumer and merchant finances.

“The last thing the banks want is to be disintermediated by FinTech startups,” Hamilton said. “This is both an offensive position relative to how they can enter the market, as well as a defensive posture relative to their existing consumer relationships.”

The idea that banks have latent advantages over pure-play BNPL FinTechs came up repeatedly in the discussion.

Peters noted that banks not only have “incredibly rich information about the financial position of the consumers they’re serving, but also, they have this seamless ability to collect payments without any friction,” which is not something FinTech BNPL brands can easily replicate, if at all.

Seconding the point, Aikat said, “It’s not only the digital experience that comes through at the point of sale. It’s also the experience of how I repay, and how can banks differentiate by looking at … the data of these consumers they service and do a better job in helping them get into buy now, pay later or giving them different offers,” that pure plays can’t match.

This is where customer experience (CX) becomes a battleground, with pure-plays investing in dazzling interfaces and in-app experiences that have an appeal beyond the transaction. All agreed that banks must also compete on CX to succeed in BNPL.

“The way we have designed our new launch of Mastercard Installments is really about having the consumer be able to go through at the point of shopping, which we need to drive — that’s where the consumer is making that decision — and be able to capture that,” Aikat said.

He added that “enabling the MasterCard network by talking banks through a very easy integration that Marqeta is bringing to the table and Amount is bringing to the table, where a consumer can apply for a buy now, pay later loan, can get a virtual card number or token, safe and secure,” is an efficient way of getting more banks and merchants offering installments.

Under that partnership, Peters explained that Amount provides its own BNPL financial stack on the backend while Marqeta acts as the consumer-facing card issuer.

As banks and other FIs test the BNPL waters, they have competitive advantages to exploit beyond their broad and deep customer and merchant familiarity.

For example, the panelists felt that banks are perfectly positioned to underwrite installment loans on potentially far larger amounts than most pure-play BNPL brands would touch. This can potentially mean installments on anything from a pleasure boat to medical procedures.

“Today you also have to think about some of the higher-ticket items where consumers want a longer term of repayment options,” Aikat said. “We were just talking to some of the restaurant verticals, you have some high-end restaurant where the average ticket size could be $1,500, $2,000 to $3,000. How do you enable choice in that kind of a kind of a setting?”

Small businesses also came up as a “huge opportunity” for future BNPL growth.

Banks branching into BNPL is a natural, but pure-plays are entrenched competitors with millions of loyal users — and loans — on the books, meaning banks should bring their full resources to bear.

“I would say they lean into their strengths,” Peters said. “What are banks able to offer that pure-plays can’t? Imagine giving the consumer the optionality to pay from multiple bank accounts that they hold with the bank, or giving them the option to pay by moving whatever they owe to a credit card of choice that they have with the bank based on the history that they have.”

Hamilton concurred, saying, “The key concept is giving the consumers control over their financial lives. There’s no reason for [banks] to compete toe to toe with the monoline type players.” 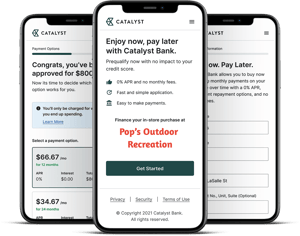 To learn more about how banks can win at BNPL, read our recent post
Banks Must Look Forward to Win in BNPL