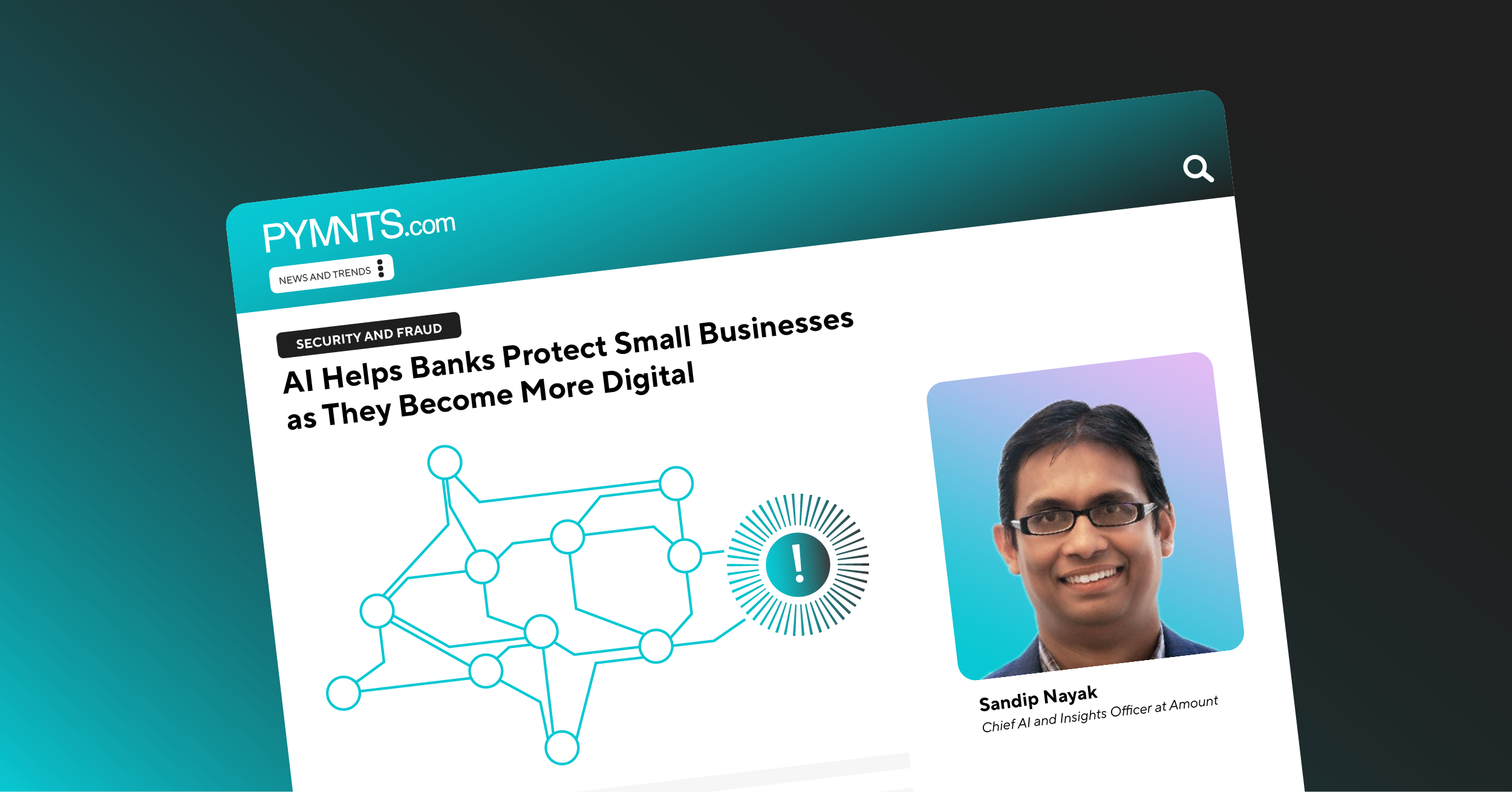 This is a reprint of an article and video that originally appeared on PYMNTS.com on July 11, 2022.

Digitization of small- to medium-sized business (SMB) banking is a double-edged sword.

At the same time, there are downsides, too — and more opportunities for fraudsters to enter the banking system as digital becomes the dominant way of applying for a product instead of in-person or retail branches.

By way of example, he pointed to the fraud tied to the Paycheck Protection Program (PPP), where millions of dollars were siphoned from the government aid program by fraudsters presenting themselves as legitimate business owners with a digital-first approach.

Verifying accounts and battling against fraud is a lot more complex than it is for consumer accounts, he said, because “you’re dealing with two bodies — one is the business owner as an individual, and then his or her company.” Those separate/connected identities offer fraudsters several points of exposure.

Banks and financial institutions (FIs) in general are at a disadvantage, he said, because they’ve been using the same rules-based authentication and onboarding processes for the last 20 years. While these processes can be effective in dealing with third-party fraud (identity theft), first-party and synthetic ID fraud are becoming more prevalent.

“The banks and the FinTechs we partner with have been good in dealing with the identity theft ‘version’ of fraud,” Nayak said, but they are less prepared to deal with synthetic IDs and first-party fraud — which is especially difficult in the SMB segment, given you have to solve for both business owner and the business itself.

Solutions on offer from companies such as Amount, he said, leverage extensive, alternative data to uncover the digital “footprint” of the business borrower. Additionally, in tandem with traditional info from the credit bureaus, artificial intelligence (AI) and machine learning can devise and utilize algorithms to create the proverbial better mousetrap to ferret out fraud.

AI-driven cross pollination of traditional and non-traditional data can be very effective, Nayak maintained. An SMB owner might have a good credit score, and they might have a genuine trade line on the bureaus.

However, combining that information with alternate data — where the borrower or the small business might have little to no footprint on the web — might uncover anomalies. Perhaps they haven’t done any transactions; if they haven’t sold anything, red flags go up.

It’s becoming a bigger concern in the burgeoning B2B payments space, Nayak said. This puts an even more significant onus on a seamless experience, making the need to embed a modern fraud solution even more critical.

Nayak said it’s important to remember that catching the fraudster is important, but it should not come at a significant cost to the rest of the population.

“Flagging a fraudster is a needle-in-a-haystack problem,” he said. About 99.9% of the applicants or the borrowers are legitimate. The anomaly detection-based fraud defenses can raise flags on suspicious applicants or activity without adversely impacting the experience for the non-fraudulent applicants.

As he told PYMNTS, “Simplifying and modernizing the account-opening process by using modern day fraud solutions like Amount Defense on the back end can be very effective in letting the good actors go through the process seamlessly while being very efficient and effective in flagging the bad actors.”

To learn more about how AI technologies can help financial institutions better mitigate fraud and risk, read Why Financial Fraud Is Costing You More Than You Think.