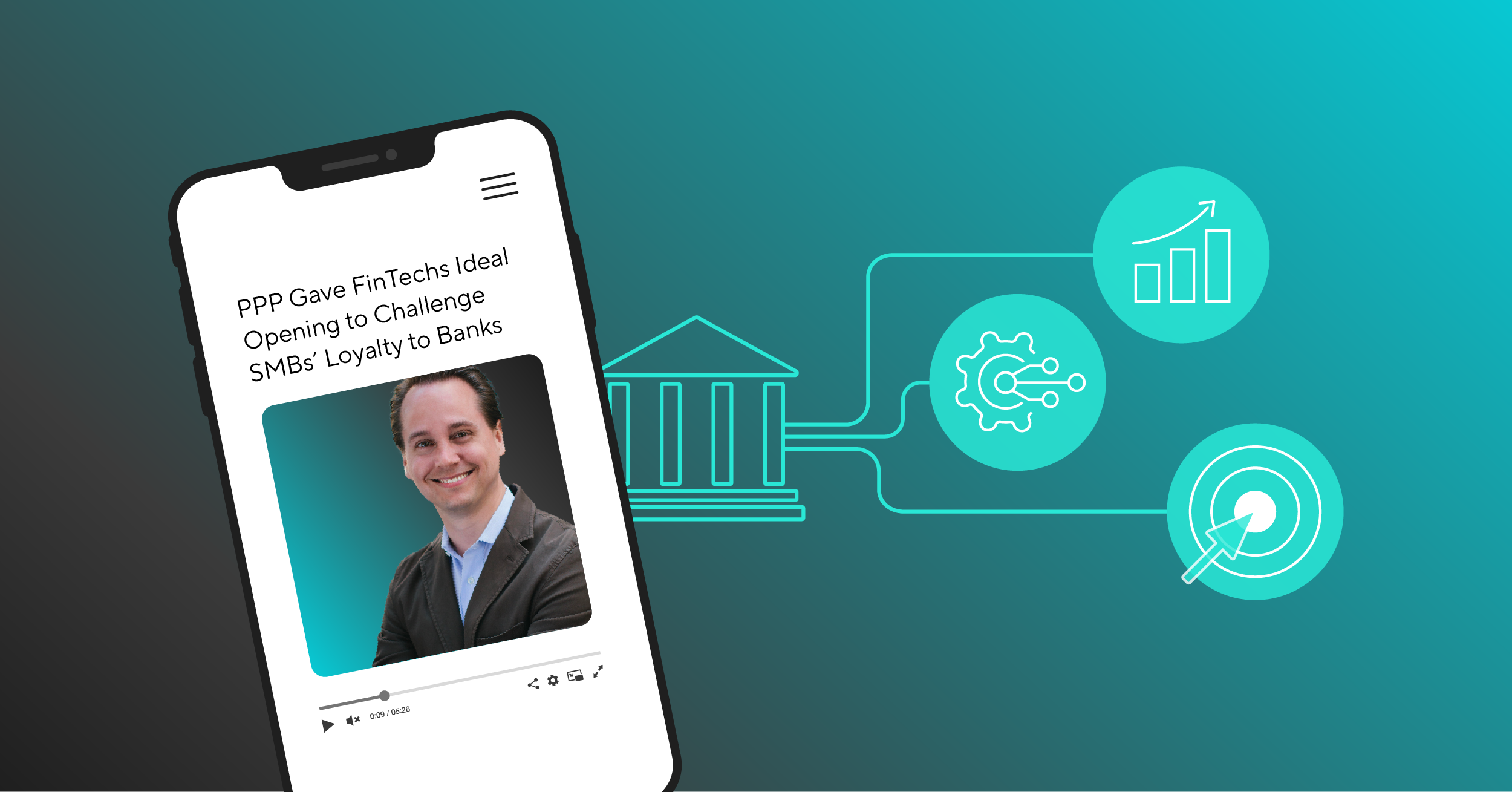 This is a reprint of an article and video that originally appeared on PYMNTS.com on June 6, 2022.

“In some ways, it feels like a vague memory. Other times, it feels like it was just yesterday. It was an unbelievably trying time for the whole industry — for the small businesses and the FIs that serve them.”

Sam Graziano, EVP of Amount, told PYMNTS in a recent conversation that the pandemic, and specifically the initial frenzy of the Paycheck Protection Program (PPP), helped permanently alter the financial services landscape.

In the longer term, this is paving the way for FinTechs to get a leg up on banks in cementing the critical small- to medium-sized business (SMB) relationship. SMBs, in turn, have been changing their expectations of where to turn to get the financial services they need.

Ultimately, Graziano said, FinTechs played a massive role in the PPP program, as hundreds of billions of dollars were disbursed at the beginning of a health and economic crisis that wracked the country.

Companies including LinearFT, now Amount Small Business, worked closely with some of the largest financial institutions (FIs) and smaller banks and credit unions in the market to help them quickly “stand up” their own PPP to deliver capital to SMBs at scale. He said the environment was especially challenging for FIs and FinTechs — firms meant to be agile in developing technology quickly.

FinTechs were ultimately able to step into the game directly as PPP lenders themselves, once the Federal Reserve gave these companies the option to be licensed lenders, even temporarily.

As a result, SMBs have become a lot more comfortable with using digital channels, Graziano said, and that has given FinTechs an opening to try and cement more meaningful relationships with SMBs.

As he told PYMNTS, “There exists a wide variety of examples, both in the consumer space and in the SMB space, with respect to FinTechs born out of the FinTech 1.0 era of primarily being an online lending franchise, but then evolving into much more than that.”

That evolution, he said, has meant that FinTechs have been able to offer a broader value proposition to consumers and/or SMBs in an attempt to become a central, critical financial services relationship. In part, that’s been driven by monoline lenders recognizing the need to generate higher lifetime value of customer relationships rather than a one-time lending transaction.

The opportunity is especially ripe for FinTechs to cement deep relationships with their SMB clients. Smaller firms, he said, need more services than consumers do to be successful. They’re looking for easier ways to manage spend, get paid and deal with the variety of HR and administrative aspects of running a business. Getting more of them from one provider simplifies their lives.

“The trend is clear,” he said, “where small businesses are slowly gravitating toward the places where a particular provider can solve more of their pain points that they face on a daily basis.”

As an example, that’s led to enormous demand in modernized B2B payments helping SMBs gain better control over spend management. These providers have then branched out into offering other services to SMBs.

one of this is to suggest that the traditional FIs have lost the game entirely. There’s a significant amount of low-hanging fruit that FIs can pluck away at initially before tackling some of the more ambitious offerings to add to their product suite. Simply changing the way they approach small business lending will broaden the universe of loyal customer relationships.

Too often, lenders take a commercial lending mindset to small business lending, leading to suboptimal outcomes. But SMB lending, he said, needs to be approached a bit more like consumer lending, in the sense that it needs be done with a more concrete risk adjusted return framework.

As for deepening customer relationships, he said “a highly ambitious approach would be starting to think of the bank as more of a platform, where a small business is able to access and see the information related to the other business services they’re using — maybe even outside of the bank — bundled into a banking experience.”

As Graziano told PYMNTS: “These are the things that change the dynamics in what small businesses expect from their financial services providers.”

To learn more about what banks need to do to win in small business lending, read our guest author Ron Shevlin's recent post Why Banks Are Missing the Bullseye for SMB Lending.